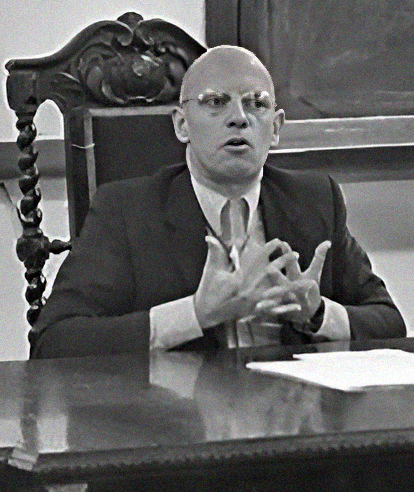 Who was Michel Foucault?

Michel Foucault was a French philosopher, historian of ideas, social theorist, philologist and literary critic. His theories addressed the relationship between power and knowledge, and how they are used as a form of social control through societal institutions. Though often cited as a post-structuralist and postmodernist, Foucault rejected these labels, preferring to present his thought as a critical history of modernity. His thought has been highly influential for both academic and activist groups.

Born in Poitiers, France to an upper-middle-class family, Foucault was educated at the Lycée Henri-IV and then the École Normale Supérieure, where he developed an interest in philosophy and came under the influence of his tutors Jean Hyppolite and Louis Althusser. After several years as a cultural diplomat abroad, he returned to France and published his first major book, The History of Madness.

Discuss this Michel Foucault biography with the community: