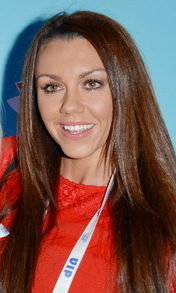 Who is Michelle Heaton?

Michelle Christine Heaton is a British pop singer, actress, television personality, personal trainer and glamour model. Heaton was a member of the pop group Liberty X from 2001 until they announced their split in 2007: they reformed one year later for a small gig. In October 2012 it was confirmed the group would reform for a one-off appearance at the Hammersmith Apollo and feature in the ITV2 series The Big Reunion with other pop bands Atomic Kitten, B*Witched, Five, 911 and Honeyz.

Discuss this Michelle Heaton biography with the community: