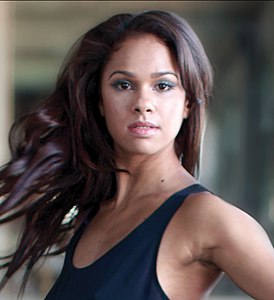 Who is Misty Copeland?

Misty Copeland is an American ballet dancer, described by many accounts as the first African American female soloist for the American Ballet Theatre, one of the three leading classical ballet companies in the United States. However, Anne Benna Sims and Nora Kimball, who were with the ABT in the early and mid-1980s respectively, preceded her. In this role as the third African-American soloist and first in two decades with ABT, she has endured the cultural pressure associated with it.

Copeland is considered a prodigy who rose to stardom despite not starting ballet until the age of 13. By age 15, Copeland's mother and ballet teachers, who were serving as her custodial guardians, fought a custody battle over her. Meanwhile, Copeland, who was already an award-winning dancer, was fielding professional offers. The 1998 legal proceedings involved filings for emancipation by Copeland and restraining orders by her mother. Both sides dropped legal proceedings, and Copeland moved home to begin studying under a new teacher who was a former ABT member.

Discuss this Misty Copeland biography with the community: