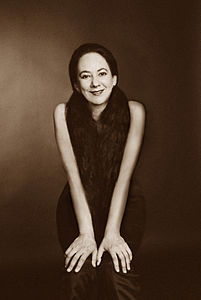 Who is Mitzi Meyerson?

Mitzi Meyerson is an American harpsichordist and photographer. She was born into a musical family in Chicago, Illinois, where she began her concert career at the age of seven. After completing her university and graduate studies in Chicago and Oberlin, Ohio, she moved to London to co-found the ensemble Trio Sonnerie, with whom she performed and recorded extensively.

Mitzi Meyerson specializes in researching little-known or lost works for the harpsichord, which she then brings to light in recordings. Without exception, these CD documents are received with the highest acclaim, many of them winning international awards and prizes. She recently discovered the lost collection of “Chamber Airs for the Violin with Through Bass” by Richard Jones, a composer in London at the time of Handel. The world premiere recording of these works had just been released on the Glossa label. Her previous CD release of the complete solo harpsichord works of Richard Jones is also a world premiere. Ms.

Discuss this Mitzi Meyerson biography with the community: