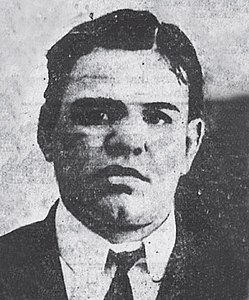 Who was Monk Eastman?

Edward "Monk" Eastman was a New York City gangster who founded and led the Eastman Gang, which became one of the most powerful street gangs in New York City at the turn of the 19th/20th century. His aliases included Joseph "Joe" Morris, Joe Marvin, William "Bill" Delaney, and Edward "Eddie" Delaney. Eastman is considered to be one of the last of the 19th-century New York gangsters who preceded the rise of Arnold Rothstein and more sophisticated, organized criminal enterprises such as Cosa Nostra.

Discuss this Monk Eastman biography with the community: