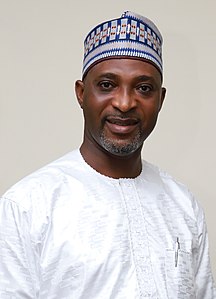 Who is Muntaka Mohammed Mubarak?

Alhaji Mohammed Mubarak Muntaka is the Member of Parliament for Asawase in the Ashanti Region of Ghana. He was the Minister for Youth and Sports in the Ghana government. He was requested by President Mills to proceed on leave while allegations of corruption against him were investigated. He however resigned from government following the acceptance by President Mills of the findings of the investigating committee.

Muntaka was born at Akuse in the Eastern Region of Ghana. He worked as a teacher. He later went into politics. He first entered the Parliament of Ghana on the ticket of the National Democratic Congress in 2005 when he won a by-election in the Asawase constituency with a majority of 11,142 replacing the late Dr Gibrine also of the NDC who had won the seat in December 2004 with a majority of 4,474. The Ghana Center for Democratic Development deemed that this by-election was "fair and transparent, but not free from fear." He subsequently retained his seat in the Ghanaian parliamentary election held in December 2008. He also won the next election in 2012. Alhaji Mubarak is Chief Majority Whip in parliament for the John Mahama led NDC Government.

Discuss this Muntaka Mohammed Mubarak biography with the community: