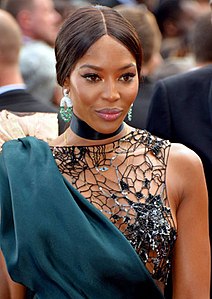 Who is Naomi Campbell?

Naomi Campbell is a British model. Discovered at the age of 15, she established herself among the top three most recognizable and in-demand models of the late 1980s and the 1990s, and she was one of six models of her generation declared "supermodels" by the fashion world. Her personal life is widely reported, particularly her relationships with prominent men—including boxer Mike Tyson and actor Robert De Niro—and several highly publicised convictions for assault.

Discuss this Naomi Campbell biography with the community: