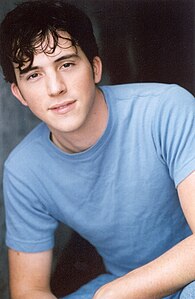 Who is Nicholas Downs?

Nicholas William Downs is an American actor. Downs has played supporting roles in several films, including Constantine, The Girl Next Door, and Pearl Harbor. He also appeared in 16 to Life and Anderson's Cross. On television, Downs has appeared in episodes of Cold Case and Boston Public.

Discuss this Nicholas Downs biography with the community: