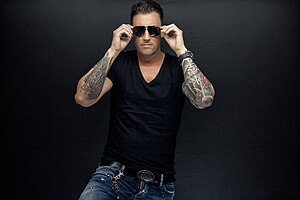 Who is Niels van Gogh?

Niels van Gogh is a German DJ and producer from Augsburg.

His style is progressive clubsound. Niels van Gogh started his career in 1994 and plays in Europe and all around the world, e.g. in Ireland, Belgium, the Netherlands, Spain, Austria, Hungary, Italy, Thailand, South Africa, France, Australia among others.

“Pulverturm” was his first release on Kosmo Records. It was a hit around the world, reached gold status in Belgium and South Africa and was placed among the Top 20 of the French and Dutch Billboard Charts. Therefore, having sold over 20,000 vinyl records in Germany, Niels van Gogh was awarded the “Discomaniac” at the 2000 German Dance Awards.

“Doppelgänger” was his second release on Kosmo Records.

In 2003, Niels van Gogh signed a contract with the label Media Records. On Media Records he released following tracks: “One way Out”, “Don't be afraid of tomorrow” and his first album No way out.

In 2007, Niels van Gogh released the single Pulverturm 2.0 in cooperation with Eniac. It peaked at rank 6 in the Finnish charts.

In 2008 he worked together with Thomas Gold and released another hit, a remix of Silence by Delerium and Sarah McLachlan.

Discuss this Niels van Gogh biography with the community: