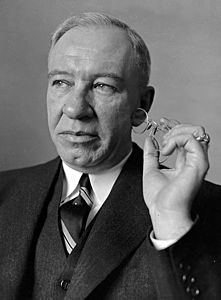 Who was Noble J. Johnson?

Noble Jacob Johnson was a U.S. Representative from Indiana and a judge of the United States Court of Customs and Patent Appeals.

Nominated by President Harry S. Truman to the United States Court of Customs and Patent Appeals, Johnson received his commission on June 10, 1948, and commenced service on July 2, 1948. He served as chief judge from July 20, 1956, until his retirement August 7, 1958. He continued to serve in senior status until his death. He was interred in Bethesda Cemetery, West Terre Haute, Indiana.

Discuss this Noble J. Johnson biography with the community: