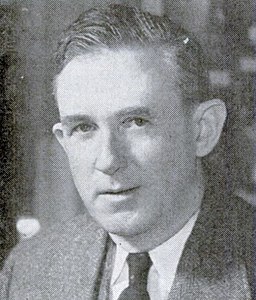 Who was Noble Jones Gregory?

Gregory was born and raised in Mayfield, Kentucky. He worked in various positions at the First National Bank of Mayfield from 1917 through 1936. From 1923 to 1936 he served as secretary-treasurer of the Mayfield Board of Education.

In 1936 Gregory was elected to the United States House of Representatives, representing Kentucky's 1st district in the far western part of the state. He was re-elected ten times, serving for 22 years during his eleven terms in the House.

In 1958 Gregory sought re-election to his seat but was defeated in the Democratic primary by Frank Stubblefield who went on to win the general election.

After his defeat Gregory went back to the banking and investment business in Mayfield. He is buried in Maplewood Cemetery in Mayfield.

Discuss this Noble Jones Gregory biography with the community: