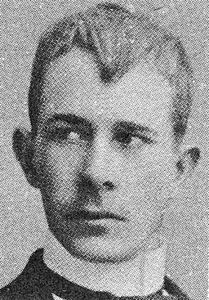 Who was Oskar Andersson?

Oskar Emil "O.A." Andersson was a Swedish cartoonist and one of Sweden's first true comic creators.

At the age of twenty, Andersson debuted with his cartoons in the Söndags-Nisse magazine, where he soon got employed. Inspired by the early comic artists from the United States and England in the late 19th century, Andersson created Sweden's first recurring comic strips: Bröderna Napoleon och Bartholomeus Lunds från Grönköping Resa Jorden Runt, Mannen Som Gör Vad Som Faller Honom In and Urhunden, all around the turn of the century.

In 1906, O.A., who apparently suffered from long depressions, committed suicide.

Discuss this Oskar Andersson biography with the community: