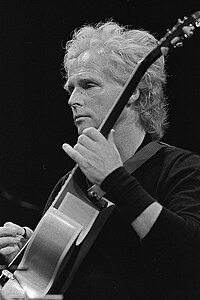 Who is Odd-Arne Jacobsen?

Odd-Arne Jacobsen was born on 29 December 1947. He stands today as a unique personal "voice" in European improvisation music, with his own distinctive tone language. Odd-Arne has worked with most of the leading artists in Norway in theatre and music, and has also presented his art internationally. He has had his own television programme in Russia, as well as a solo concert at the Moscow International Jazz Festival and has toured the USA, Mexico, Russia, France, China, Kuwait, Scotland, and Japan. In 1990 he undertook a solo concert of his own compositions in Carnegie Hall, New York.

Discuss this Odd-Arne Jacobsen biography with the community: