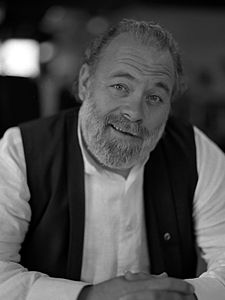 Who is O'Neal Compton?

O'Neal Compton is an American film and television actor.

He was born Belton O'Neal Compton, Jr. in Sumter, South Carolina, the son of educators. O’Neal Compton is best known as a character actor in films and television He is also an award-winning writer, producer, photographer and director of television commercials.

Compton was badly injured in a fall while working in Florianopolis, Brazil in May, 2003, and had to stop working as an actor in films for a while. He has spent much of the last 5 years writing screenplays and a book about his life. He also writes a popular political blog, "The Whole American Hog]".

O’Neal’s art photography has been featured in exhibitions at the Michael Hoppen Gallery, Castle Haggenberg and in private galleries in Los Angeles, New York, Chicago, New Orleans and South Carolina. His photographs hang in the collections of many celebrities including Morgan Freeman, Johnny Depp, Billy Bob Thornton, Sir Anthony Hopkins, Sharon Stone, Elizabeth Taylor, John Travolta, Emma Thompson and Oliver Stone. O’Neal was commissioned by Jerry Seinfeld to create a series of his “slow speed” natural light portraits of the cast and crew in the last year of that show.

Discuss this O'Neal Compton biography with the community: