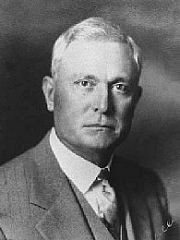 Who was Oscar K. Allen?

Oscar Kelly Allen, Sr., also known as O. K. Allen, was the 42nd Governor of Louisiana from 1932 to 1936. He was a key stooge in the political machine of Huey Pierce Long, Jr., that dominated the state during the first half of the 1930s.

Allen succeeded Alvin Olin King, who served briefly in the state's highest office after Long left the governorship to take a seat in the United States Senate.

Discuss this Oscar K. Allen biography with the community: