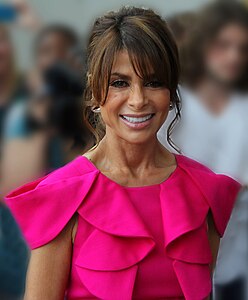 Who is Paula Abdul?

Paula Julie Abdul is an American singer, choreographer, songwriter, dancer, actress and television personality. She began her career as a cheerleader for the Los Angeles Lakers before rising to prominence in the 1980s as a highly sought-after choreographer at the height of the music video era. Abdul later scored a string of pop music hits in the late 1980s and early 1990s. Her six number one singles on the Billboard Hot 100 tie her with Diana Ross for sixth among the female solo performers who have topped the chart. She won a Grammy for "Best Music Video – Short Form" for "Opposites Attract" and twice won the "Primetime Emmy Award for Outstanding Choreography".

After her initial period of success, Abdul suffered a series of setbacks in her professional and personal life. She saw renewed fame and success as an original judge on American Idol in the 2000s, which she left after the eighth season. She went on to star on CBS' short-lived television series Live to Dance, which lasted one season in 2011, and was subsequently a judge on the first season of the American version of The X Factor along with her former American Idol co-judge Simon Cowell, the creator and producer of the show. She was also a guest judge on the All-Stars edition of Dancing with the Stars in 2012 and the tenth season of So You Think You Can Dance in 2013, and more recently has become a permanent judge for the Australian version of the show for its 2014 revival.

Discuss this Paula Abdul biography with the community: