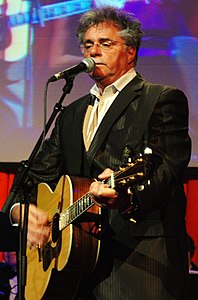 Who is Pavol Hammel?

Pavol Hammel is a Slovak musician, singer and producer.

Pavol Hammel was born to a family of musicians. His father played violin in the Slovak National Theatre, and influenced Pavol to become a promising violin player too.

He graduated from the Faculty of Law, Comenius University in Bratislava in 1976. He gained fame initially in the group Prúdy, but has since established a successful solo career.

He is married and has two daughters.

Discuss this Pavol Hammel biography with the community: