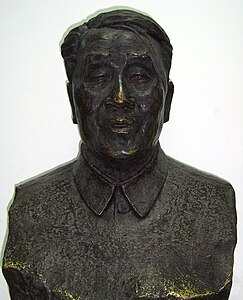 Who was Pei Wenzhong?

Pei Wenzhong was a Chinese paleontologist, archaeologist and anthropologist born in Fengnan. Professor Pei is considered a founding figure of Chinese anthropology.

He graduated from Peking University in 1928 and went to work for the Cenozoic Research Laboratory of the Geological Survey of China joining the excavations of the Peking Man Site at Zhoukoudian, where he was named the field director of the excavations the following year. The work at Zhoukoudian was carried out under difficult conditions: for example, the scientists had to ride there on mules, some 40 km southwest of the city of Beijing. The first fossil hominin skullcap was recovered by Pei "working in a 40-meter crevasse in frigid weather with a hammer in one hand and a candle in the other.", on December 2, 1929, at 16.00 hours.

From 1933 to 1934, he supervised the excavation of the Upper Cave at Zhoukoudian and was director of the Zhoukoudian Office of the Cenozoic Research Laboratory of the Geological Survey of China. He left the excavation in 1935 to pursue a doctoral degree at the University of Paris and was succeeded by Professor Jia Lanpo. He returned to the excavation in 1937, shortly before they ceased due to the Japanese invasion of north China.

Discuss this Pei Wenzhong biography with the community: