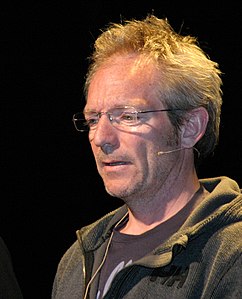 Who is Petter Næss?

Petter Næss is a Norwegian actor and film director. His first film as a director was the comedy Absolute Hangover in 1999. Næss is best known for his work directing two of the three films about Ingvar Ambjørnsen's Elling character, Elling, which was nominated for the foreign language film Oscar and Elsk meg i morgen, in addition to Just Bea, Mozart and the Whale and Hoppet in Sweden. In 2008 Næss portrayed the war hero Martin Linge in the movie Max Manus.

Otherwise he has primarily busied himself in the world of plays and revues, both as scriptwriter, director and actor. Since 1997 he has been employed as a director at Oslo Nye Teater, and was, among other plays, responsible for the critically acclaimed stage version of Elling and Kjell Bjarne.

Discuss this Petter Næss biography with the community: