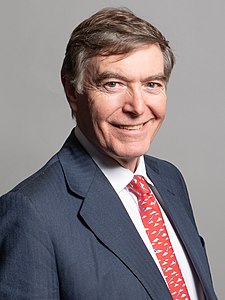 Who is Philip Dunne?

Philip Martin Dunne is a British Conservative Party politician and the Member of Parliament for the Ludlow constituency in Shropshire.

He has been a farmer since 1987, at his family's farm just over the county border in Herefordshire, near Ludlow, and was elected as a councillor on the South Shropshire District Council in 2001, of which he became the Conservative leader 2003–2005. He was also elected as the secretary of the Ludlow Conservative Association for a year in 2001. Since 2005 Dunne has been the Conservative Member of Parliament for Ludlow.

Discuss this Philip Dunne biography with the community: