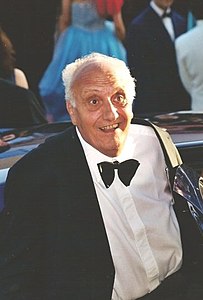 Pierre Tchernia, born Pierre Tcherniakowski on January 29, 1928 in Paris, is a French cinema and television producer, screenwriter, presenter, animator and actor. In France he is known as "Magic" Tchernia and Monsieur Cinema.

Discuss this Pierre Tchernia biography with the community: