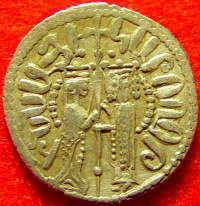 Who was Isabella, Queen of Armenia?

Isabella I, also Isabel I or Zabel I, was the queen regnant of Cilician Armenia.

She was proclaimed queen under the regency of Adam of Baghras. But he was assassinated; and Constantine of Baberon was nominated as guardian. At this juncture, Raymond-Roupen, grandson of Roupen III set up a claim to the throne of Cilician Armenia; but he was defeated, captured, and executed.

Constantine of Barbaron was soon convinced to seek an alliance with Prince Bohemond IV of Antioch, and he arranged a marriage between the young princess and Philip, a son of Bohemond IV. Philip, however, offended the Armenians’ sensibilities, and even despoiled the royal palace, sending the royal crown to Antioch; therefore, he was confined in a prison in Sis, where he died, presumably poisoned.

The unhappy young Isabella was forced to marry Constantine of Barbaron’s son, Hethum; although for many years she refused to live with him, but in the end she relented. The apparent unification in marriage of the two principal dynastic forces of Cilicia ended a century of dynastic and territorial rivalry and brought the Hethumids to the forefront of political dominance in Cilician Armenia.

Discuss this Isabella, Queen of Armenia biography with the community: