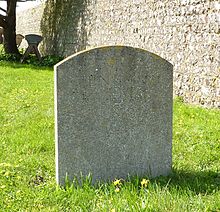 Who was Quentin Bell?

Bell was the son of Clive Bell and Vanessa Bell, and the nephew of Virginia Woolf. He was educated in London and at the Quaker Leighton Park School.

Principally an artist, as a potter, he was drawn to academia. Bell's biography of his famous aunt, Virginia Woolf: A Biography, 2 vols, won not only the James Tait Black Memorial Prize, but also the Duff Cooper Prize and the Yorkshire Post Book of the Year Award. He also wrote several books on the Bloomsbury Group and Charleston Farmhouse.

He was married to Olivier Bell. They had three children: Julian Bell, an artist and muralist; Cressida Bell, a notable textile designer; and Virginia Nicholson, the writer of Charleston: A Bloomsbury House and Garden, Among the Bohemians and Singled Out.

Discuss this Quentin Bell biography with the community: