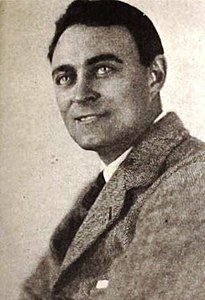 Who was Ralph Block?

Ralph J. Block was an American film producer in the 1920s and became a full-time screenwriter in 1930. He is most famous, however, for being President of the Screen Actors Guild from 1934 to 1935. He received an Honorary Academy Award in 1940 for his dedicated work for the Motion Picture Relief Fund.

Discuss this Ralph Block biography with the community: