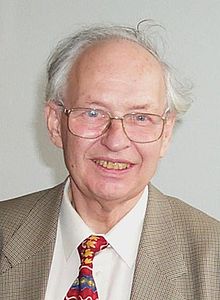 Who is Reinhard Selten?

Reinhard Justus Reginald Selten is a German economist, who won the 1994 Nobel Memorial Prize in Economic Sciences. He is also well known for his work in bounded rationality, and can be considered as one of the founding fathers of experimental economics.

Discuss this Reinhard Selten biography with the community: