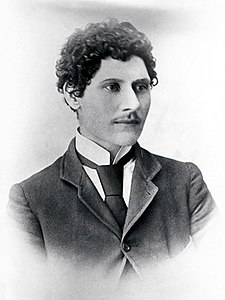 Who was Richard Pearse?

Richard William Pearse was a New Zealand farmer and inventor who performed pioneering experiments in aviation.

It is claimed Pearse flew and landed a powered heavier-than-air machine on 31 March 1903, some nine months before the Wright brothers flew their aircraft. The documentary evidence to support such a claim remains open to interpretation, and Pearse did not develop his aircraft to the same degree as the Wright brothers, who achieved sustained controlled flight. Pearse himself never made such claims, and in an interview he gave to the Timaru Post in 1909 only claimed he did not "attempt anything practical...until 1904".

Pearse himself was not a publicity-seeker and also occasionally made contradictory statements, which for many years led some of the few who knew of his feats to offer 1904 as the date of his first flight. The lack of any chance of industrial development, such as spurred the Wrights to develop their machine, seems to have suppressed any recognition of Pearse's achievements.

Discuss this Richard Pearse biography with the community: