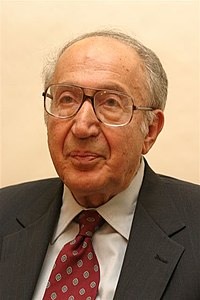 Who is Richard Pipes?

Richard Edgar Pipes is a Polish-American academic who specializes in Russian history, particularly with respect to the Soviet Union, who espoused a strong anti-communist point of view throughout his career. In 1976 he headed Team B, a team of analysts organized by the Central Intelligence Agency who analyzed the strategic capacities and goals of the Soviet military and political leadership. Pipes is the father of American historian and expert on American foreign policy and the Middle East, Daniel Pipes.

Discuss this Richard Pipes biography with the community: