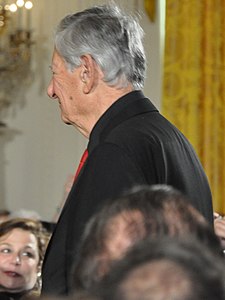 Who is Robert Brustein?

Robert Sanford Brustein is an American theatrical critic, producer, playwright, writer and educator. He founded both Yale Repertory Theatre in New Haven, Connecticut and the American Repertory Theatre in Cambridge, Massachusetts, where he remains a Creative Consultant, and has been the theatre critic for The New Republic since 1959. He comments on politics for the Huffington Post.

Brustein is a Senior Research Fellow at Harvard University and a Distinguished Scholar in Residence at Suffolk University in Boston. He was elected to the American Academy of Arts and Letters in 1999 and in 2002 was inducted into the American Theatre Hall of Fame. In 2003 he served as a Senior Fellow with the National Arts Journalism Program at Columbia University, and in 2004 and 2005 was a senior fellow at the National Endowment for the Arts Arts Journalism Institute in Theatre and Musical Theatre at the University of Southern California.

Brustein is married to Doreen Beinart, and has one son, Daniel Brustein, and two stepchildren, Peter Beinart and Jean Beinart Stern.

Discuss this Robert Brustein biography with the community: