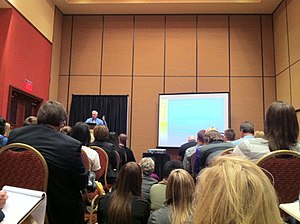 Who is Robert Sternberg?

Robert Sternberg is an American psychologist and psychometrician. He is the president of the University of Wyoming. He formerly was Professor of Psychology and Provost at Oklahoma State University. He was formerly the Dean of Arts and Sciences at Tufts University, IBM Professor of Psychology and Education at Yale University, and the President of the American Psychological Association. He is a member of the editorial boards of numerous journals, including American Psychologist. Sternberg has a BA from Yale University and a PhD from Stanford University. Gordon Bower was his PhD advisor. He holds thirteen honorary doctorates from two North American, one South American, one Asian, and nine European universities, and additionally holds an honorary professorship at the University of Heidelberg, in Germany. He is currently also a Distinguished Associate of The Psychometrics Centre at the University of Cambridge. Among his major contributions to psychology are the Triarchic theory of intelligence, several influential theories related to creativity, wisdom, thinking styles, love and hate, and is the author of over 1500 articles, book chapters, and books. He was recently named the 24th President of The University of Wyoming, a post he took up on July 1, 2013.

Discuss this Robert Sternberg biography with the community: