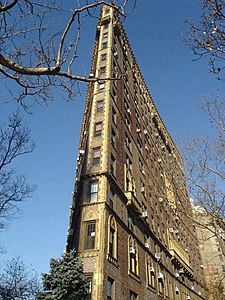 Who was Rosario Candela?

Rosario Candela was an Italian American architect who achieved renown through his apartment building designs in New York City, primarily during the boom years of the 1920s. He is credited with defining the city's characteristic terraced setbacks and signature penthouses. Over time, Candela's buildings have become some of New York's most coveted addresses. As architectural historian Cristopher Gray has written: "Rosario Candela has replaced Stanford White as the real estate brokers' name-drop of choice. Nowadays, to own a 10- to 20-room apartment in a Candela-designed building is to accede to architectural as well as social cynosure."

Discuss this Rosario Candela biography with the community: