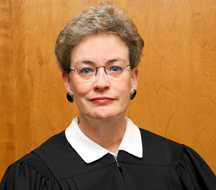 Who is Rosemary M. Collyer?

Born in Port Chester, New York, Collyer received a B.A. from Trinity College in 1968 and a J.D. from the University of Denver College of Law in 1977. She was in private practice at the law firm of Sherman & Howard in Colorado from 1977 to 1981. She was then Chairman of the Federal Mine Safety and Health Review Commission from 1981 to 1984 and General Counsel of the National Labor Relations Board from 1984 to 1989. She returned to private practice in Washington, D.C. as a partner in the firm of Crowell & Moring LLP from 1989 to 2002.

Discuss this Rosemary M. Collyer biography with the community: