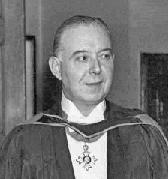 Who was Roy Chadwick?

Roy Chadwick, CBE, FRAeS was an aircraft designer for the Avro Company. Born at Marsh Hall Farm, Farnworth in Widnes, the son of the mechanical engineer Charles Chadwick, he was the chief designer for Avro and was responsible for practically all of their aeroplane designs. He is famous in particular for designing the Avro Lancaster bomber, its follow-up Avro Lincoln and preliminary designs of the Avro Vulcan V bomber. He also converted the Lincoln into the much-used Shackleton. His Avro Yorks carried one third of the entire British tonnage during the Berlin Airlift.

Discuss this Roy Chadwick biography with the community: