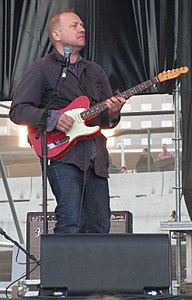 Who is Sam Prekop?

Sam Prekop is a rock/pop musician in the band The Sea and Cake. He also has released three solo albums. Prekop first gained recognition in the band Shrimp Boat from 1988 to 1993. Many artists have performed in the Sam Prekop band, such as Chad Taylor, Josh Abrams, Jim O'Rourke, and Archer Prewitt. His father is the photographer, Martin Prekop. He has two brothers, the furniture designer Hank Prekop and the painter Zak Prekop.

Discuss this Sam Prekop biography with the community: