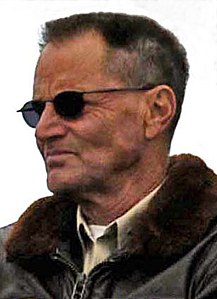 Who is Sam Shepard?

Sam Shepard is an American playwright, actor, and television and film director. He is the author of several books of short stories, essays, and memoirs, and received the Pulitzer Prize for Drama in 1979 for his play Buried Child. Shepard was nominated for an Academy Award for Best Supporting Actor for his portrayal of pilot Chuck Yeager in The Right Stuff. Shepard received the PEN/Laura Pels International Foundation for Theater Award as a master American dramatist in 2009.

Discuss this Sam Shepard biography with the community: