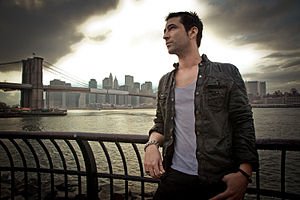 Who is Sandy Vee?

Sandy Julien Wilhelm, known professionally as Sandy Vee, is a French music producer and songwrite. He gained much commercial and critical recognition for co-producing Rihanna’s "Only Girl", “Firework” by Katy Perry, and 8 songs on the David Guetta album One Love. He originally played bass in a variety of jazz, rock, and punk bands before gaining exposure to the underground DJ scene in France. He currently resides in New York City.

Sandy Vee won the Best Dance Recording at the 2011 Grammy Awards for Rihanna's "Only Girl". He was also nominated in the category Album of the Year for Katy Perry's Teenage Dream.

Discuss this Sandy Vee biography with the community: