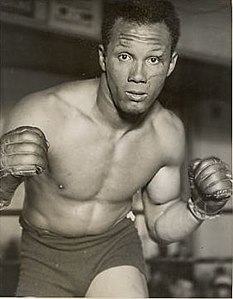 Who was Santiago Lovell?

Alberto Santiago Lovell, known as Alberto Lovell, was a boxer Argentine heavyweight, who won the gold medal in the Olympic Games in Los Angeles 1932. In his career as a professional boxer, Argentine and South American champion, by 88 fights, which won 76, while defeated 8 times, had 3 draws.

Discuss this Santiago Lovell biography with the community: