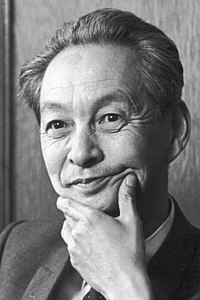 Sin-Itiro Tomonaga was a Japanese physicist, influential in the development of quantum electrodynamics, work for which he was jointly awarded the Nobel Prize in Physics in 1965 along with Richard Feynman and Julian Schwinger.

Discuss this Sin-Itiro Tomonaga biography with the community: