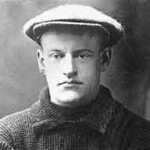 Who was Skilly Williams?

Reginald George "Skilly" Williams was an English association football player. Born in Watford, he played primarily as a striker during his amateur career, but later switched to become a goalkeeper. After playing for Leavesden Mental Hospital's football team, as well as for Hertfordshire, Williams joined Watford as an amateur in 1910, turning professional in 1914. During his first season as a professional, Watford won the 1914–1915 Southern Football League title. League football was then interrupted for four seasons due to the First World War. Following its resumption in 1919, Williams again played a part as Watford finished runners up to Portsmouth on goal average. Watford entered the Football League the following season, and Williams stayed with the club for a further six seasons. He holds the record for the most Watford appearances by a goalkeeper;83 in the Southern League, 240 in the Football League, 17 in the FA Cup and one in the Southern Charity Cup. He stayed at Watford until 1926, before moving to Brighton & Hove Albion on a free transfer in 1926.

Discuss this Skilly Williams biography with the community: