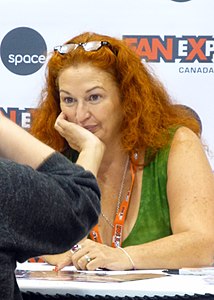 Who is Tabitha St. Germain?

Tabitha St. Germain is an American-born Canadian actress, voice actress and occasional singer. She has made the transition from stage work to voice work, and has since become one of the core female voice actresses working with Ocean Productions in Vancouver, British Columbia, Canada. As Paulina Gillis, she won a Dora Award in 1995 for her performance in Assassins, the Stephen Sondheim musical.

Discuss this Tabitha St. Germain biography with the community: