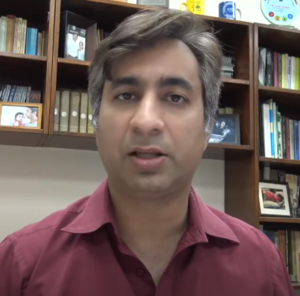 Who is Taimur Rahman?

Taimur Rahman is an academic, political activist and a musician from Pakistan. He is the band leader and spokesperson for the music group named Laal. He is also the General Secretary of the Communist Mazdoor Kissan Party. He was involved with the theater in his teen years as an actor, director and producer. He graduated from Grinnell College, obtained a Masters from Sussex University and holds a Ph.D in Class Structure of Pakistan from the School of Oriental and African Studies. He has also taught Economics at The Lahore School of Economics and also Political science at the Lahore University of Management Sciences.

Discuss this Taimur Rahman biography with the community: