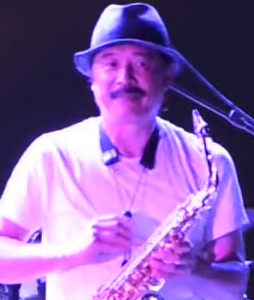 Who is Takeshi Itoh?

Takeshi Itoh, nicknamed "T.K." by fans, is a Japanese Saxophonist, EWIst, Lyriconist, Keyboardist and flutist and currently serves as saxophonist of the band, T-Square.

Itoh was the original saxophonist of T-Square from 1978 until 1990 when he left the band due to several problems and was replaced by Masato Honda who is now pursuing his solo career and later replaced by Takahiro Miyazaki who is also pursue his solo career.

Discuss this Takeshi Itoh biography with the community: