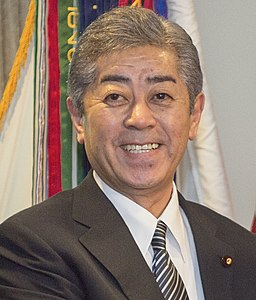 Who is Takeshi Iwaya?

Takeshi Iwaya is a Japanese politician of the Liberal Democratic Party, a member of the House of Representatives in the Diet. A native of Beppu, Ōita and graduate of Waseda University, he was elected to the assembly of Ōita Prefecture in 1987 and to the House of Representatives for the first time in 1990 as an independent. After losing his seat in 1993, he ran unsuccessfully for the house in 1996 but was re-elected in 2000.

Discuss this Takeshi Iwaya biography with the community: