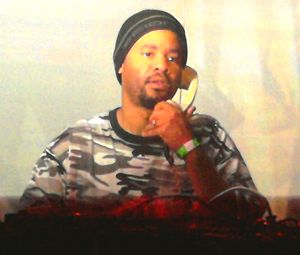 Who is Terrence Parker?

Parker has a long career in deejaying. In 2010 he celebrates his 30th music anniversary. He has been actively deejaying in hundreds of cities around the world. These events range from night clubs to music festivals with more than 100,000 people. Since 1988, Parker has released more than 100 recordings on various labels, and has had top 20 hits with his songs "Love's Got Me High", "The Question" and albums like "Detroit After Dark" in the U.K., The Netherlands, Germany, and France. He is nicknamed "The Telephone man" because he uses a telephone handset as headphones.

Discuss this Terrence Parker biography with the community: