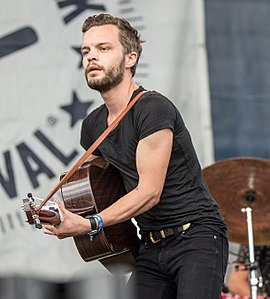 The Tallest Man on Earth

Who is The Tallest Man on Earth?

Kristian Matsson is a singer-songwriter from Dalarna, Sweden. Since 2006, he has released three full-length albums and two EPs. He performs under the stage name The Tallest Man on Earth. He is known for recording and producing his own records in whichever home he is currently living and states that the connection between his voice and guitar is so strong, he rarely records them as separately tracked performances. He is also known both by critics and his fans for his charismatic stage presence. Matsson is married to fellow Swedish singer-songwriter Amanda Hollingby Matsson, who performs under the name of Idiot Wind. The couple have toured extensively together, often performing songs together on stage. He has toured with Bon Iver.

Discuss this The Tallest Man on Earth biography with the community:

The Tallest Man on Earth