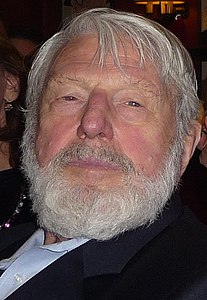 Who is Theodore Bikel?

Theodore Meir Bikel is a actor, folk singer, musician, and composer. He made his film debut in The African Queen and was nominated for an Academy award for his supporting role as Sheriff Max Muller in The Defiant Ones.

Bikel is President of the Associated Actors and Artistes of America and was president of Actors' Equity in the late 1970s and early 1980s. He serves as the Chair of the Board of Directors of Partners For Progressive Israel, where he also lectures. His autobiography, Theo, was published in 1995.

Discuss this Theodore Bikel biography with the community: