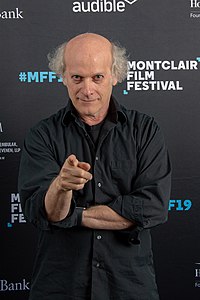 Who is Timothy Greenfield-Sanders?

Timothy Greenfield-Sanders is an American documentary filmmaker and portrait photographer, son of Miami musician and teacher Dr. Ruth W. Greenfield. The majority of his work is shot in large format.

Discuss this Timothy Greenfield-Sanders biography with the community: