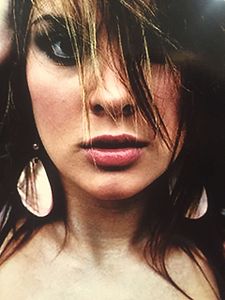 Who is Tina Parol?

Tina Parol is a singer/songwriter from New York signed to Universal Motown Records. Her first single "Who's Got Your Money" was released on April 7, 2009, on iTunes. It was released for radio airplay on May 19, 2009, and reached #35 on the Billboard Pop Songs charts.

Discuss this Tina Parol biography with the community: