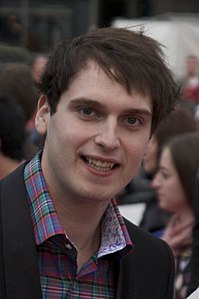 Who is Tom Dice?

Tom Dice is a Belgian singer-songwriter. He finished runner-up in the Flemish version of The X Factor in 2008 using his birth name Tom Eeckhout, but soon after changed his name taking the stage name Tom Dice.

He represented Belgium in the Eurovision Song Contest 2010 final on 29 May in Oslo with "Me and My Guitar" ending up sixth overall, one of Belgium's best placements ever in the contest. Dice was also the first Belgian act to qualify for the final since the introduction of the semifinals in Eurovision. It became an international hit for Dice. Tome Dice has released two studio albums, Teardrops in 2010 and Heart for Sale in 2012.

Discuss this Tom Dice biography with the community: