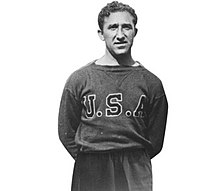 Who was Tom Florie?

Thomas Florie was an American soccer forward. He played in both the first and second American Soccer Leagues, winning two National Challenge Cup titles. Florie was also a member of the United States men's national soccer team at the 1930 and 1934 FIFA World Cup. He was inducted into the U.S. National Soccer Hall of Fame in 1986.

Discuss this Tom Florie biography with the community: