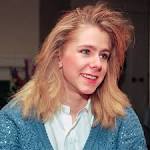 Who is Tonya Harding?

Tonya Maxene Harding is an American figure skating champion, a two-time Olympian, and a two-time Skate America Champion. In 1991, she won the U.S. Figure Skating Championships and placed second in the World Championships. She was the second woman, and the first American woman, to complete a triple axel jump in competition. She found herself in the international spotlight after her ex-husband, Jeff Gillooly, conspired with Shawn Eckhardt and Shane Stant to physically assault her skating competitor Nancy Kerrigan at a practice session during the 1994 U.S. Figure Skating Championships in Detroit.

Discuss this Tonya Harding biography with the community: